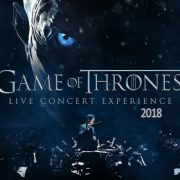 The famous TV series Game of Thrones, which already had a tour in 2017 led by its composer Ramin Djwadi in North America (read news), will start a new tour this May 2018 in Madrid, followed by Barcelona, and covering a total of 23 European cities until mid-June.

Then, after a summer break of a couple of months, the tour will continue in September and October on another 25 cities in North America (USA and Canada), just a few months before the 8th and final season of the series starts in 2019.

Named ‘Game of Thrones – Live Concert Experience’ this tour will include different orchestras and choirs depending on the cities, but all the shows will have a common denominator, the conductor will be Ramin Djawadi, the composer of the music of the series. 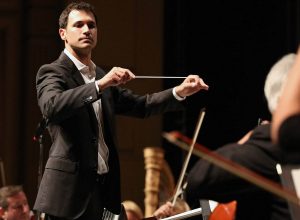 A spectacular production it is also expected at the concerts, similar to the one of 2017’s tour, although somewhat smaller, which featured several scenarios with 360º LED screens that showed video fragments of the series, accompanied by special effects of light and smoke prepared for the occasion.

The 2018 tour will include the following cities:

In addition to the regular tickets, each of these shows will have the option of some special tickets that will include the possibility of receiving a limited edition poster, a photo opportunity on the Iron Throne and access to a question and answer session and individual photo with the composer Ramin Djawadi.