Last May 4, the selection process that has been taking place since January 1 for this year’s edition of Oticons Faculty finished, where a qualified jury chose the 10 winners of this interesting competition

The process begins with a first phase where the participants send three works, each with a previously fixed subject, which are evaluated by the jury selecting 20 candidates. Then the second phase begins, where within 5 days, the selected contestants have to send one of the best pieces they have created in the past, which will be evaluated for the final.

All the competition is performed using a web platform for the submission and evaluation of the works, in an anonymous way with a user identifier, so that only at the end of the process the names of the winners are revealed. You can read more information on how this year’s process has been carried out in:

The list of winners of this 4th edition of the Oticons Faculty competition is as follows:

And their works can be listened in :

The 1st Winner, will enjoy a full week of events, concerts, masterclasses and workshops at the amazing Krakow Film Music Festival while the 2nd Prize Winner will attend the prestigious Film Fest Gent and the World Soundtrack Awards.

French Benoît Lefèvre was the winner of the competition in 2016, and an album from that edition with 21 tracks has been published on Spotify (follow link), iTunes (follow link) and Amazon (follow link) containing the works of the top 10 classified: 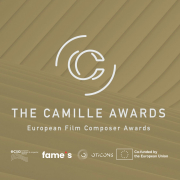