Wednesday, November 23 is the date chosen to kick-off the 2016 edition of the cultural movement Fair Saturday with a benefit concert for the Food Bank of Biscay, to finance projects in their fight against food waste and hunger.

The appointment will be at 8pm at the Champs Elysees Theatre of Bilbao, and tickets are already on sale in the following link, with prices between 12 € and 35€:

Fernando Velázquez and the Basque National Orchestra (Euskadiko Orkestra Sinfonikoa – EO) have previously accompanied Ken Zazpi in a similar experience in 2013, which had a CD edition by the Elkar (follow link), of which you can watch some videos here: 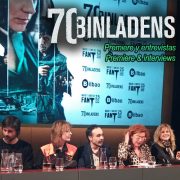 Zelda – Symphony of the Goddesses in Bilbao
Scroll to top