Malaga Film Festival, which this year is held from 17 to 26 March 2017, announced yesterday at a press conference the program of its 20th edition, which in addition to film projections, will include several film music concerts. 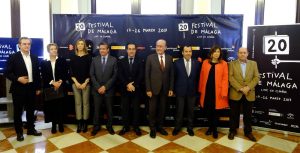 On March 19th (Sunday) at 12:00 p.m., a free concert will be held in the Plaza de las Flores in Malaga, performed by the Municipal Band of Music under the direction of Francisco Vallejo Amaro, and named “Film Music Concert“, that will have the following program:

This concert will be repeated on March 21st (Tuesday) at 6:00 p.m. in the Balsa de Decantacion of Malaga, with the same interpreters and program.

And finally, on March 26th (Sunday) at 7:00 p.m., there will be a special concert at the Cervantes Theater, named “Concert Variations (Film music in Spain)“, performed by the Provincial Symphonic Orchestra of Malaga (OSPM) under the baton of Arturo Díez Boscovich, with the following program:

Tickets for this concert, with a unique price of € 10, are already on sale at the following link: 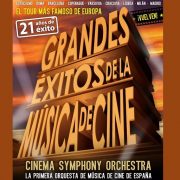 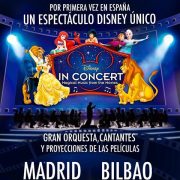