The Italian composer Marco Werba, known for his soundtracks for Zoo (1988), Giallo (2009) or Native (2011), will start tomorrow, Saturday, December 3rd, a composition workshop under the title “La Musica Nel Cinema Thriller” (The Music in Thriller cinema) in Perugia – Italy. 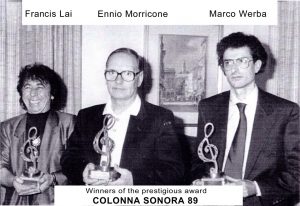 According to information provided by composer Marco Werba himself to SoundTrackFest:

On December 3/10 and January 13, I will teach “Film composition for thrillers” at the Conservatory of Perugia, in Italy.

This will be the first time ever that a Masterclass, in Film music for thrillers, will be organized in a Conservatory.

A well-known italian director will listen to the works composed by the participants.

If there will be two or three foreign students, the workshop will be bilingual.

It has already been confirmed that Pupi Avati will be the director who will participate in the workshop, selecting two scenes of his work La Casa Dalle Finestre Che Ridono (1976 – The House With Laughing Windows), for which the participants will have to compose the music, which will be shown and debated in a roundtable with the composer and the director himself.

The workshop registration fee is € 20, plus an extra € 30 / € 50 depending on whether you are a conservatory student or not. 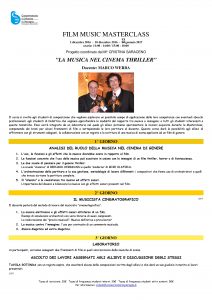 More tickets available for Ennio Morricone in Madrid – May 2019